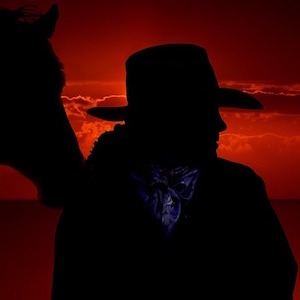 Information for this article came from Al Cardoza, county sheriff from 1970 to 1994; Vice Mayor Gary Tatum, and Vacaville chief of police from 1977 to 1991; the Vacaville Museum; the Vacaville Heritage Council; and Solano County archives. 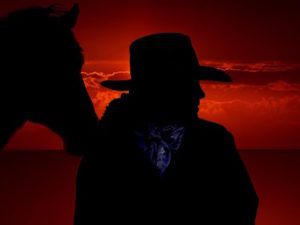 In 1859 in Fairfield, the first county buildings at Taylor and Missouri streets housed the city clerk, the sheriff’s offices and the jail. A number of incidents were recorded in 1863 that landed some in this jail, while others escaped this fate.

Charles Smith stole a “well-known” horse named Barney, a buggy, harness and saddle. Value: $700. He then proceeded to Gall’s saloon in Fairfield and stole 100 pounds of tobacco.

Constable Agar (this spelling seems to later appear as Apgar), who was also the deputy sheriff, caught up with Smith at Tule House, six miles west of Sacramento. On bringing Smith back to the county jail, the prisoner leapt from the buggy near Pena’s adobe. Agar fired three shots, but missed his target. Fortunately, the popular Barney was returned, as was the rest of the stolen property. Meanwhile, a warrant went out describing the culprit: Charles Smith had several aliases, including Charles Irving and Charles Wormwood. Described as 30 years old, German, a carpenter, 5-feet-5, 130 pounds, sandy hair and sporting a small goatee.

A thief broke into a Suisun City store, stealing a few cans of oysters and some money. Oysters were a favorite food of the pioneers. Dining establishments seeking customers almost always proclaimed themselves as “oyster houses.”

Two mules and a horse were stolen from a Fairfield stable. The horse was “a bay color with a blaze face” owned by Henry Ridgley. A fellow who had been staying at Alison’s Hotel disappeared at the time of the theft. The horse and mules were recovered, but the unknown thief escaped.

A thief who broke into Suisun City’s Chrisler’s saloon got away with three revolvers and some money.

Several arrests were recorded in 1863 as well. Sandy Walker was arrested for petty larceny, but was found not guilty. Francis Maggta was arrested for assault and battery, and was fined $25 and jailed for 12 days. A man was arrested in Sacramento for stealing a horse in Rockville two years earlier, but the case thrown out for lack of a witness.

In 1864, D.H. Fitzpatrick shot a squatter and was sentenced to 10 years in prison. Due to his wife’s efforts, he was pardoned after two years.

In 1865, a noted incident occurred at the voting polls at Bridgeport (a k a Cordelia), leaving one man dead and three wounded. Leading up to this, a Mr. English had gone to the military authorities in Benicia to disclose that some ranchers had rejoiced over Lincoln’s assassination and, as a result, those ranchers were arrested.

One of them, a Mr. Durbin, was Mr. English’s brother-in-law. At Bridgeport, when Durbin came upon English’s son, Charles, made a motion as to draw a weapon. Charles pulled a revolver and shot at Durbin. At this, Durbin lunged at Charles and cut his throat. Charles’ brother Perry ran to assist his brother, but was immediately shot and killed by Frank Grady. Grady hastily fled on horseback.

When Mr. English saw what was happening, he went to his sons, whereupon Durbin stabbed him. Grady was eventually caught, but, although he was tried two times, he was acquitted for the murder of young Perry.

In 1866, Fritz Polzing was hauling barley with his half-sister’s husband, William Westphal. Westphal went home and advised his wife that her brother had been killed when he was run over by the wagon. When they went to the spot, Polzing was still alive. Here, Mrs. Westphal witnessed her husband take up an ax and strike the wounded man saying, “I’ll fix you this time.” Not guilty was the verdict.

When Jabez Robing was fatally poisoned in 1869, his wife and James Campbell were accused; however, Campbell alone was tried as the principal. He was found guilty, but when he appealed his death sentence, he was found not guilty.

Livestock were a constant temptation. In 1870, a man sold four cattle for $200. It was discovered that the cattle had been rustled from a ranch on Putah Creek. The man was tracked down to Davisville and jailed in Woodland.

In 1870, Sheriff Amos Roberts’ bill was questioned. It was pointed out that this “great traveler” covered 6,300 miles attending to criminal business during a 98-day period, which came to 64 miles a day if you included Sundays. Nevertheless, the Board of Supervisors allowed payment to stand.

Because of several burglaries and thefts, the town of Suisun employed night police. Dixon and Vallejo also had night watchmen on duty, as no doubt did other towns.

The second man executed in Solano County was Pancho Valencia in 1871. Valencia and a friend had come upon Joseph Hewitt’s residence in Pleasants Valley and sought lodging. Unable to put them up, he directed them to the next ranch, which had a barn. When he stepped out to show them the way, Valencia shot him. The two men fled, but were eventually tracked down in Contra Costa County.

In 1871, as winter approached, an editorial in the Solano Republican scolded Suisun’s marshal for not attending to his duties. There was a law requiring the marshal to inspect the flues and stove pipes in town to ascertain that they were in good order and safe.

A fight was reported at Page Ranch in Green Valley between two men employed there. They went several rounds when one man pulled a knife, stabbing the other. Dr. Campbell dressed the wound and said the man would likely recover.

Hotels were targets for burglaries. A man was arrested in Vallejo for breaking into the Metropolitan Hotel, cutting open a trunk and taking $700, jewelry and other property from the proprietor of Cooke’s circus, which had come to town.

Burglars also broke into the Pacific House in Suisun, ransacking a couple of trunks. They then proceeded to the meat market and pried open the butcher’s trunk. In this case, it was brought to citizens’ attention that several people had been observed hanging around town and always when thefts had occurred. The newspaper warned that they would be watched with suspicion.

Homes were also easy targets. While Thomas Oliver and his family were at church one Sunday, their home was ransacked. Contents from their trunks, bureaus and cupboards were all over. The thief, apparently looking for cash, was disappointed and nothing was taken.

Andrew McGlooin, age 14, also staked out Green Valley, stealing a horse, saddle, bridle and a pistol. The law caught up with him in Vallejo. It was put forth that on account of his age, he should be released as the property was recovered. The suggestion was rejected.

The Vallejo jail was a nightmare for one criminal when officers of the jail left town for Yuba City, leaving the prisoner unattended for several days. Dying of thirst, he apparently cried out and eventually the doors were forced open personally by the local citizenry.

In April of 1871, there was an accounting of the 13 prisoners in the county jail in Fairfield. Their crimes ranged from murder, assault with intent to murder, burglary, assault and battery and petty larceny.

But apparently not all were given a jail sentence. When Dixon’s “Pomp” Marsh got into a “bit of a fight” and committed malicious mischief, he was given a choice of paying a $100 fine or spending 50 days at Appleby’s hotel in Fairfield under house arrest. At the time this was reported, it was said he was occupying the front room.

Others went straight to the county jail. When the barkeeper of Pittman House at Bridgeport was cut on the head and suffered a severed artery during a fight with the cook. The cook, who was Chinese, was carted off to jail.

In 1877, J. Mallon of Benicia returned home after a night of drinking at the local saloon and beat his wife until she died. This earned him a life sentence.

The butchers of a meat market in Suisun City were being periodically robbed of choice pieces of meat.

The slaughterhouse was staked out, and one night Julias Fan was caught with a bucket of meat. This happened in 1877, during a great depression in the country, and it was noted that this young had been having to live by his wits for some time.

When it was revealed to James Lowther of San Francisco that John Thompson, who had been engaged to his sister, had boasted of seducing her, he set out to avenge this wrong. Tracking Thompson to Rio Vista, he took a steamer to Vallejo, a train to Fairfield and then rented a sulky to drive out to Thompson’s home.

At the door, the men said a few words and then Lowther fatally shot him, while Thompson’s wife stood at the door. Lowther turned himself in. His two trials ended in hung juries.

Paco Molina of Vacaville wrote a letter to the editors Dec. 2, which correctly addressed a couple of misstatements in the Nov. 26 article. My apologies to Mr. Molina and readers of this feature. Unfortunately, try as I will, it ain’t gonna be the last mistake I ever make!