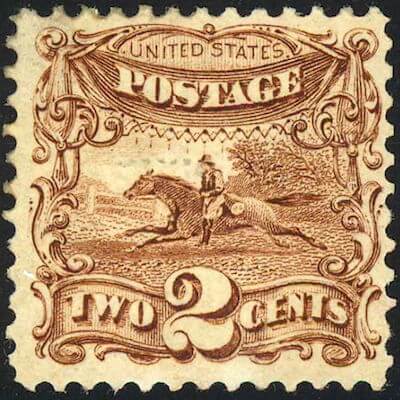 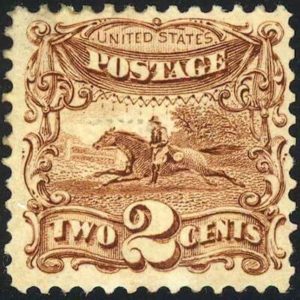 In nearly all the written records about the Pony Express of the 1800s, the fact that the riders took the stagecoach trail from Sacramento to Benicia is rarely documented. This route was not on the riders’ regular run, but when they missed the steamer connection to San Francisco from Sacramento, which they did 19 times, they took this alternate route, riding through Solano County at their legendary breakneck speeds.

The Pony Express was established in 1860 and, while it has come down through the years as a staple of Wild West lore, it only existed for 19 months – April 1860 through November 1861. The riders of the Pony Express carried mail from St. Joseph, Mo., the last settlement before entering the Wild West, to San Francisco. In fair weather the 1,966 mile trip was made in 10 days, a relay team of riders traveling 24 hours a day. In the winter, it took up to 13 1/2 days. It was a speed-driven ride through unfriendly Indian territory and covering some of nature’s most challenging terrain that was only suited for the fit and fearless.

This business venture, the Pony Express, was started by the freighting firm Central Overland, California & Pikes Peak Express, which hauled supplies and provisions across the country in oxen-drawn covered wagons. Russell, Majors and Waddell of Central Overland began the Pony Express with a heavy capital investment of $500,000. This, despite knowing it would be a short lived business venture. At this time the telegraph line was being constructed coast to coast and the need for carrying news by fast horses would be obsolete once that was completed. However, by securing an early foothold as the firm that carried mail out to California, the partners counted on this putting them in position to capture the federal contract for delivering mail out west.

Though no federal subsidy money was involved, there has been speculation that because Sen. William M. Gwin of California fully supported this venture, the establishment of the Pony Express was politically motivated. It was the start of the Civil War and it is theorized that if the government position on this conflict could reach California with some regularity, they might be assured that California would support the Union cause.

To get the Pony Express underway, 190 stations were built. The stations ranged from log to rock to adobe shelters. To man these stations 300 station keepers and stock tenders were employed. There were three types of stations. Home stations where riders were exchanged and so there were accommodations for them to rest. Swing stations were only set up to change horses. Way stations were mail drops.

Some care was spent in securing 500 hundred of the fleetest horses. These horses were made to travel 10 miles in a hour’s time. Ideally, a station was reached and a new steed could be put into action, as the horses would be foaming and wet with perspiration by this time. But oftentimes it was impractical to establish a station every 10 miles and often the horses had to travel 25 to 30 miles before getting their well deserved rest.

And finally, 80 of the fittest, light-weight young riders were hired. Eighteen years of age was consider the prime age as none were over 18 and most were not much younger. One of the rider’s recollections was that at first the riders rode 100 to 125 miles before changing riders. Within two months, the mail was being carried twice a week rather than once a week, and the riders decreased the mileage they covered to 75 to 80 miles at a time.

When hired on, the riders took an oath not to swear, fight or abuse their animals and to conduct themselves honestly. In 1935, the Burlington Railroad penned a embellished ad in a booklet that was passed out to youngsters. It read, “Wanted: Young, skinny, wiry fellows, not over 18. Must be expert riders and willing to risk death daily. Orphans preferred. Wage: $25 per week. Apply at Pony Express office, Patten House, St. Joseph, Missouri.” The actual advertisement read, “Wanted – some riders, some hostlers. Wages and Found (room & board). Apply St. George Hotel. Pony Express.”

Only business letters and other correspondence considered important was accepted for the Pony Express. The fee for carrying a letter was $5 for a half ounce plus the 10- cents postage the government charged. That charge was dropped to $1 a month before the telegraph line was finished. The mail was placed in a mochila, a saddle cover with four pockets for carrying the mail. When changing mounts, the rider would snatch up the mochila with one hand, throw it across the new horse’s saddle and leap on. All this could be accomplished in a matter of two to three minutes.

During the life of the Pony Express, more than 200 riders had ridden that historic run, including Wild Bill Hickok. Calamity Jane claimed she made the run as well. In all that time, though the landscape was full of Indians unfriendly to the white man, only one rider was killed. The pony escaped and the mail was intact. No rider died by other causes, though the terrain they covered was nothing but a vast wilderness and extremely hazardous, especially the steep snow-covered mountains in the winter. One horse drowned when having to swim a swollen stream. Rider and mail survived. Only one mail bag was lost over the life of the Pony Express.

The first Pony Express riders left from both ends of the route, St. Joseph, Mo. and San Francisco, on April 3, 1860. The westbound rider, upon arriving in Sacramento, boarded a steamer for San Francisco. The second rider arrived in Sacramento April 23 at 1 a.m. and had missed his boat. This being a Friday, the next steamer wasn’t scheduled until Monday. The rider, Sam Hamilton, set out along the stage trail from Sacramento to Benicia. This took him across the Yolo plank to ride in the tule swamp land to Putah Creek. Traveling at an average rate of 10 miles an hour, his first stop was at the Solano House. This was a stage stop located on the wagon road and was just across the Putah Creek, from what is present-day Davis and thus was in Solano County.

The next stop was Silveyville. In 1852, Elijah Silvey established this as way station, with a tavern and corral, for the mass of men headed for the gold fields. By 1860, Silveyville was a well established community with a store, saloon, school, two churches, blacksmith shop, and homes for the 160 residents.

From there Hamilton made his way to the village of Vacaville nestled in the Vaca Valley. He stopped at Gillespie’s store where he was given a fresh horse. E. F. Gillespie built his two-story wooden store in 1855 and by 1860 it served as a general merchandise store, post office and Wells Fargo & Co. office. At 4 a.m., when the Hamilton passed through, few of the settlers were there to greet him. Soon after he left, the people living on the fruit ranches would begin rising. And the local entrepreneurs would be headed for Main Street to their various businesses: livery stable, hotel, saloon, blacksmith and wagon making shop.

Now Hamilton flew on his new steed to the small settlement Rockville. By now the sun was up and the rider was passing by established farm homes and fruit orchards just finished budding, vineyards, grain fields and cattle grazing in pastures. At Rockville there was a proper stage depot, hotel, blacksmith and general store.

Now the rider took the pass through the hills to Benicia arriving at the famed Solano House at 7 a.m. The stage office for all parts of the state also was located on the premises of this hotel. The Solano Hotel & Livery Stable, with F.P. Weinmann as proprietor, was rated as a first-class hotel and was a recognized as the gathering place for visitors and locals alike. Benicia was a busy steamer port of call and ferry station. Here Hamilton was able to have his rest and Thomas J. Bedford, a local lad, took the mochila and continued the ride. Rider and horse boarded the ferry bound for Martinez. From there he would ride to Oakland and then board a ferry for his final destination, San Francisco.

In the months to follow, the riders would take 18 more trips through Solano County due to missing their connection with the steamer. Then in October of 1861, the telegraph wire met in Salt Lake City and the Pony Express was doomed. The last rider completed his ride in November.