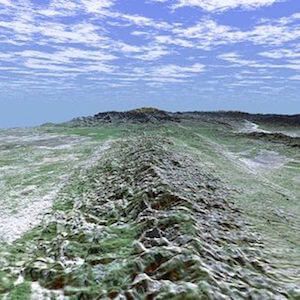 Earthquakes play a part in Solano County’s history, with the quake of 1892 the most noteworthy. 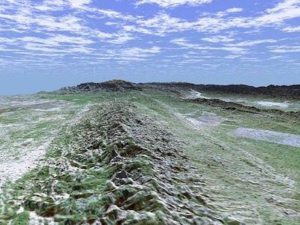 There are a number of known, as well as inferred or unmapped, fault areas in Solano County. The San Andreas and Hayward faults have affected the southern part of the county, but much of the county’s seismic activity has been caused by unmapped or minor faults.

In Feb. 16, 1856, an early morning earthquake of some magnitude rattled the citizens of Benicia. Two unmistakable shocks were felt. No damage was noted, but the second shock caused buildings to oscillate 4 to 5 inches, indicated reports of the time.

An earthquake was felt in 1863 and another one shook up Solano’s ranchers in the winter of 1864.

Vallejo was hit hardest and this event came on the heels of a major fire in its downtown that caused major damage. The earthquake caused a chimney to be demolished, many yards of plastering to be displaced and numerous household items to be broken.

But little could compare to 1892, when the northern part of the county near Vacaville and Dixon were rocked by a trembler, followed a few days later by an intense aftershock.

This quake, which reverberated east to Virginia City, north to Quincy and south to Salinas, had its epicenter pinpointed to the town of Vacaville. It jolted Vacaville hard rocking major structures and causing much destruction.

It was 2:50 a.m. April 19, 1892 and Vacaville’s night watchman was walking down Main Street with lantern in hand when “. . . his attention was attracted by a rumbling sound. . . . The sound resembled distant thunder or the roaring of water, which had suddenly been let loose by the bursting of huge dam gates.”

The noise increased to a roar and the ground beneath the watchman’s feet lifted and jolted. He reported later, “I felt as if I was on the deck of a vessel during a heavy storm, and I put my hands to the ground to prevent myself from falling on my face . . . brick walls and chimneys began to fall all around and the noise for a minute or so was deafening.”

The Pleasants family reported that the first quake bounced their home right off its foundation. An aftershock a few days later relocated the house back where it belonged.

Lawrence A. Cantelow wrote his parents in San Francisco about the event. ‘‘The chimney here broke off at the top of the house. . . . All the back fell out and it is badly cracked around the fireplace. There was about a ton of brick and dirt. In the sitting room the tables and desk were thrown over and pictures turned wrong side to. In the little room where I sleep, the shelves were all torn down and everything generally tumbled over. In Nomia’s room the bureau was turned over on its face, pitcher and wash bowl broken and the bed wheeled across the room. The big clock is a total wreck – the frame is all peeled apart.

“. . . In the kitchen! You should have seen the mess – milk, jelly, preserves, coal oil, sugar, flour, tea, in fact everything all in one mess and this held down by four big wheelbarrow loads of dishes and bottles broken into ten thousand pieces. . . . I think at one time the east end of the house was four feet from the ground. The underframing is all knocked galley west and the two parts of the house are split apart so there is a crack in the door big enough for a cat to go through.

‘‘There is a big crack running across the lot and up the hill . . . it is so big that the cows were afraid to cross it. Everything in the house upstairs was turned over, even to the wardrobe, which brought down a ceiling joist with it.

‘‘There was another quite heavy shake last night at two o’clock. . . . The telephone will not work between here and Vacaville, so we have no news from there. . . . I was just talking to Mr. Pleasants and there were two more shocks just now. We may be swallowed up yet. There are lots of cracks in the hills.”

Suisun City being on marshy land was able to ride the quake movement better than her neighbors situated on hardpan. Nevertheless, there was some damage estimated in the amount of $500 from cracks in plaster and broken windows.

Several landmarks were destroyed in this formable quake, which experts have estimated would have measured 6.4 on the Richter scale or IX on the Mercalli scale. Among these was the Armijo Adobe in the Suisun Valley, which had stood as a reminder of the early days, was badly destroyed in this earthquake. The adobe dated back to 1845. Antonio Armijo called this 15-by-20-foot adobe home. It was built in the shape of a U and he had oak floors laid.

John Wesley Hill had purchased Vaca’s Adobe. His daughter Portia inherited it and was living there when it was completely destroyed by the earthquake.

John Wolfskill, known as ‘‘the father of the fruit industry,’’ loss in the quake, when his domain was also wrecked in the quake. In about 1860 John had married Susan Cooper of Benicia and in 1864, he put the finishing touches on a two-story native stone house built on a choice location 300 yards from the banks the Putah Creek. The smooth stone was quarried on the property. An avenue of olive trees was planted in 1861. Orchards of fruit trees surrounded the home on every side. This was home for 28 years until 1892 when the stone residence was destroyed by the earthquake.

Wolfskill sent a telegram to inform a friend. The message read “No one hurt by earthquake; house total wreck.”

At the time Wolfskill had reached the age of 88. His daughter, Frances Wolfskill Taylor, undertook building a replacement, a 17-room mansion fashioned after San Francisco’s Palace Hotel.

In March 1898, the Mare Island Naval Shipyard was hit by an earthquake. Several buildings, especially the older brick buildings, were affected. Roofs and chimneys fell and broken pipes spouted water. The officers’ headquarters had to be torn down as a result of this quake.