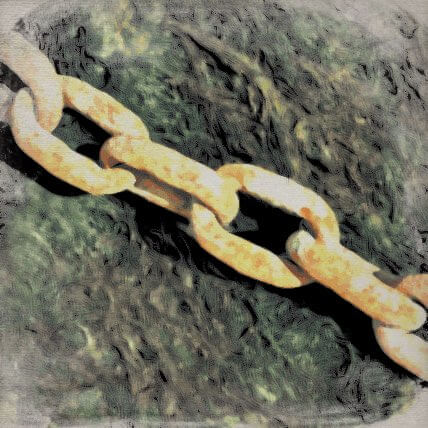 Adam Willis was a “Pioneer of Pioneers” 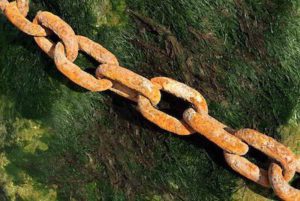 Strength, perseverance and courage describe the life of one of Solano County’s earliest African-American pioneers, Adam Willis. In the antebellum era – the period before the Civil War – success for African-Americans was extremely rare and limited. Adam Willis was one of these success stories and his story has its roots in Solano County.

‘‘Willis was born in Missouri in April 1824. In August 1836, his half sister, Marion Willis, was born. Marion was known as ‘Mary Ann’ and she and Adam were raised in the same household and formed a tight bond.

‘‘Shortly before 1845 at the age of 21 Adam was either inherited or bought by a Maj. Singleton Vaughn. Vaughn was born in Kentucky in 1801. When Adam came to his household, Vaughn was living in Saline County, Mo. At this point, Adam was separated from his sister, but as he departed he gave her his promise that someday he would come back for her.

‘‘Living in the Vaughn household, Adam became a trusted slave and when in 1846 Maj. Vaughn decided to venture West, he took his trusted servant with him on this 1,500-mile overland journey. Once they reached California, they first settled in Woodland. At some point, they apparently relocated to Benicia where Singleton Vaughn was voted as the county assessor to serve from 1851 to 1853.”

Apparently well pleased with the area, Vaughn returned to Missouri for his family. Once back in Missouri, arrangements were made for the return trek to California in the year 1852. Adam Willis at the age of 23 was put in charge of the ox team for that long journey. After the return trip to Solano County, Maj. Singleton Vaughn, 51, and his family settled on a farm two miles northwest of Benicia. The family consisted of Joseph P., 22, Cynthia, 18, Ruth, 15, Singleton, Jr., 12, Stephen, 9, and Sarahel B., 6. Adam Willis remained with the family in that place until he was given his freedom sometime before 1855.

The Vaughn family continued to live on their ranch in Benicia. In 1857, Vaughn placed an ad in the newspaper offering a $10 reward for the recovery of a strayed or stolen black American mule. The mule had been missing since November 1856. The 1860 census report showed two people living in the Singleton household; the major, aged 60, who was listed as a farmer and Sarahel, a 14-year-old boy. The value of Vaughn’s real estate was $2,000 and his personal estate was listed as $20,000.

In the years after Adam Willis was given his freedom until the end of the Civil War, Willis found work as a cook. He worked for some prominent families in the Suisun City area. This included being in the employ of Josiah Wing, founder of Suisun City, and for J.B. Lemon (two brothers, John and James had raised cattle and hand a prominent general merchandise business in Suisun City).

Through his industry, Adam accumulated a small savings, and soon after the Civil War ended in 1865, he resolved to make good his promise to find his sister, Mary Ann. On Sept. 27, 1867, he placed ad in the San Francisco Elevator (an African-American newspaper) seeking any information on the whereabouts of his sister. ‘‘Information wanted of Marion Willis who, when last heard from was in Ray County, Missouri. Any information of her whereabouts will be thankfully received by her brother, Adam Willis, at Suisun City. Philadelphia and New York papers please copy one month and send bill to The Elevator office.”

This enterprising effort brought no result, so Adam set off for Missouri in search of his sister, his only living relative, whom he had not seen for 20 years.

Adam reached Missouri and the search was on. It took him four exhausting years, but he finally did locate his sister. She had married a Mr. Fann and had at least four children and one grandchild. Her husband had died and so in 1871, Adam brought the family back to Fairfield. This family unit took up residence in a house on Texas Avenue located between Taylor and Madison streets.

In 1873, Adam Willis was named in The Elevator, as was the town of Dixon: “As we remarked . . . we were agreeably disappointed in Dixon. We expected to find a dull, sleepy little place, but it is a real live town. It has two hotels, several groceries and provision stores, dry goods and variety stores, two bakeries, two barbers, two butchers, saloons, three churches, a public school, post and express offices and the inevitable follower of California civilization – a Chinese wash-house – besides several mechanical branches such as blacksmiths, carpenters, wheelwrights, etc. they talk of opening a bank in Dixon and establishing a newspaper. We don’t think there is much chance for the latter, for the ‘live paper’ man has been around. We saw several of the (San Francisco) Chronicle’s gift maps and everybody likes ‘em. We also saw a number of Gus DeYoung’s Map Directories of Solano County.

“We met an old acquaintance in Dixon – Fred Morris. He used to fold papers for us in Francis & Valentine pressroom some years ago. He is married and settled. He keeps the most fashionable saloon in Dixon and his doing a good business.

‘‘While enjoying the bachelor hospitalities of Ned Hutton another old friend of his stop’d to see him on his way to Suisun. His name is Adam Willis. He’s an old California. He went East in 1866 and returned after an absence of four years. Hutton made ample provisions for his guests. He prepared a fine dinner, accompanied by champagne and other beverages, and all the luxuries Dixon market afforded and we enjoyed ourselves hugely until bedtime.

“Next morning Hutton prepared a capital breakfast of which we partook with great satisfaction and at 7:45 we took the train for San Francisco.

“We left Mr. Willis in Suisun and returned home in due time much pleased with our visit to Dixon.”

For the next 30 years, Adam found employment in the area as a cook for various families, hotels and threshing outfits. In the mid 1880s, he was a cook at the Solano County Hospital in Fairfield. In all his jobs, Willis was commended for his faithfulness and industry. All this time his sister and her children lived with Adam. By the turn of the century, the family group had grown to include two great nephews, Ralph (born 1896) and Raymond (born 1894) Sinclair. These two boys attended school in Fairfield during the early 1900s. The whole family was able to read and write, and by at least the year 1900 Adam owned the house on Texas free of mortgage.

At this time, 1900, Mary’s son David worked as farm laborer. Matilda worked as a house servant. Charles B. worked as a day laborer. It was in this year that Adam was stricken with paralysis and was quite sick for the next two years. He died in his home November 20, 1902, at the age of 78. He had been a resident of Solano County for over 50 years. His funeral at the People’s Methodist Church in Fairfield was widely attended and he was buried in the Fairfield-Suisun Cemetery.

His obituary appeared in the Solano Republican where it was noted that he was one of the few African-Americans to settle in Solano County in the 19th Century and as such was indeed a ‘‘pioneer of pioneers.” In part the account in the newspaper read as follows: ‘‘Everyone in the community knew ‘Uncle Adam,’ as he was familiarly known and the fact that so large a number of people attended was evidence of the esteem in which he was held.’’ This was followed by a eulogy written by a fellow pioneer: ‘‘The decease of ‘Uncle’ Adam Willis is deserving of more than a passing notice being a pioneer of pioneers and of exemplary character.”

In the time Adam Willis had lived in Solano County, he gained the respect of the community. This is shown by the fact that his former employer, Josiah Wing, acted as Willis’ surety, or a person who agrees to be responsible for another by assuming their responsibilities or debts in the event of default. Grace Wing was a subscribing witness to his will in which he left his entire estate to his sister, Mary Fann.

Mary Fann passed away in 1907. She was the great-grandmother of Ralph and Raymond Sinclair. Their mother was Hazel Fann (daughter of one of Mary’s children). Hazel left the home by 1900. At that point Mary adopted the boys. The boys’ father was David Armstead Sinclair, who was born and raised in the Napa Valley. David’s father and maternal grandparents were ex-slaves, who had settled in the Napa Valley in the 1850s. Most of that family left the Napa Valley in the late 1870s to resettle in Chico.

Mary Fann’s descendants continued to live in California obtaining success in college and graduate schools and in many varying fields.